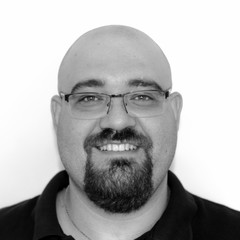 I am a motivated and passionate 3D artist with the ability to create quality work mainly focusing on Hard Surface & Character art.
As a Developer, I have an excellent understanding of game art pipelines and processes. In addition, I have a huge interest in proceduralism and modularity and always try to incorporate it into my projects.
I have lived and worked in 2 different countries and learned to work and communicate in diverse teams. I have the ability to adapt quickly, find solutions, work with deadlines, and under pressure.