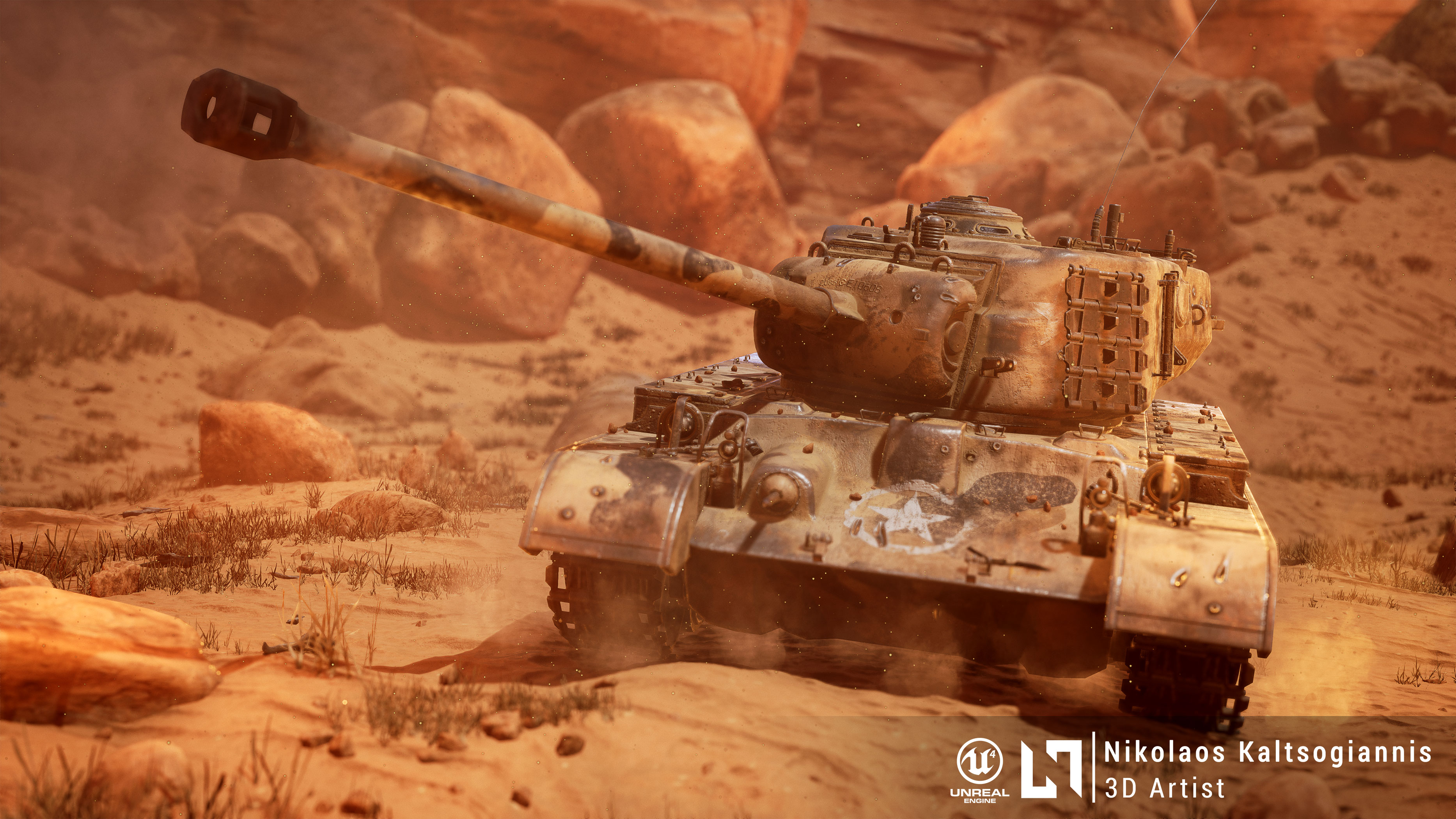 I created the scene inside Unreal Engine 4 and all the screenshots are Real Time Captures.

The main focus was the M26 Pershing Heavy Tank which is painted in a desert camo pattern.

I made all the 3D assets and tried to have a coherent art style, focusing on realism. I was also very focused on the lighting and the overall composition of this diorama.

One of my objectives for this scene was to have a more technical approach in every aspect of the scene. Modularity, proceduralism, asset variations, lighting and materials/shaders were also some of the attributes I wanted to learn more about and have them in my scene. 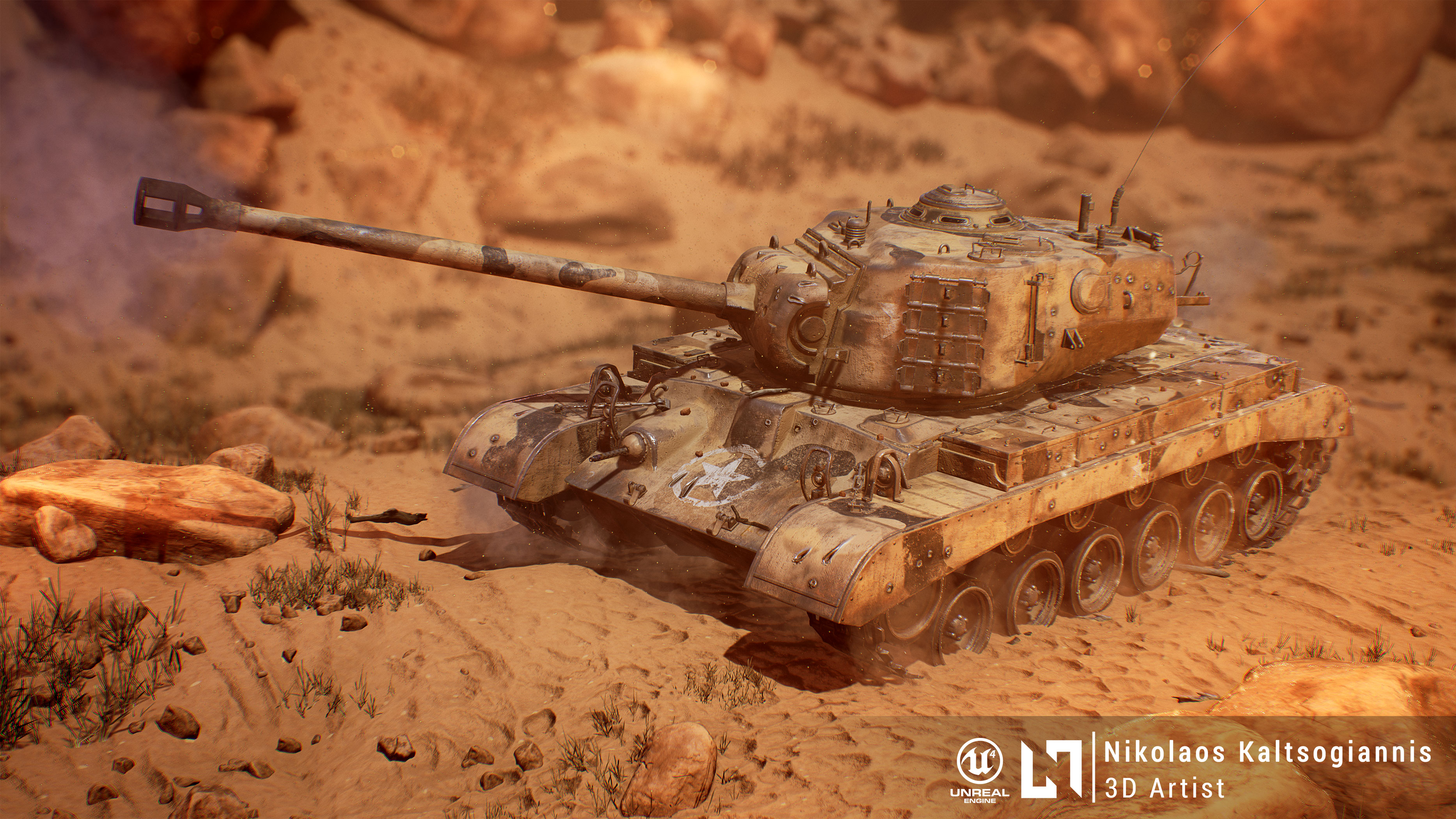 I wanted to create a harsh and hot environment where it is very hard to get by without a shelter. The hot sand is everywhere which makes it hard to breath and the hot sun make is impossible to be exposed out in the open for long.

The Tank is the story point of the scene which is introducing the element of action and adventure. 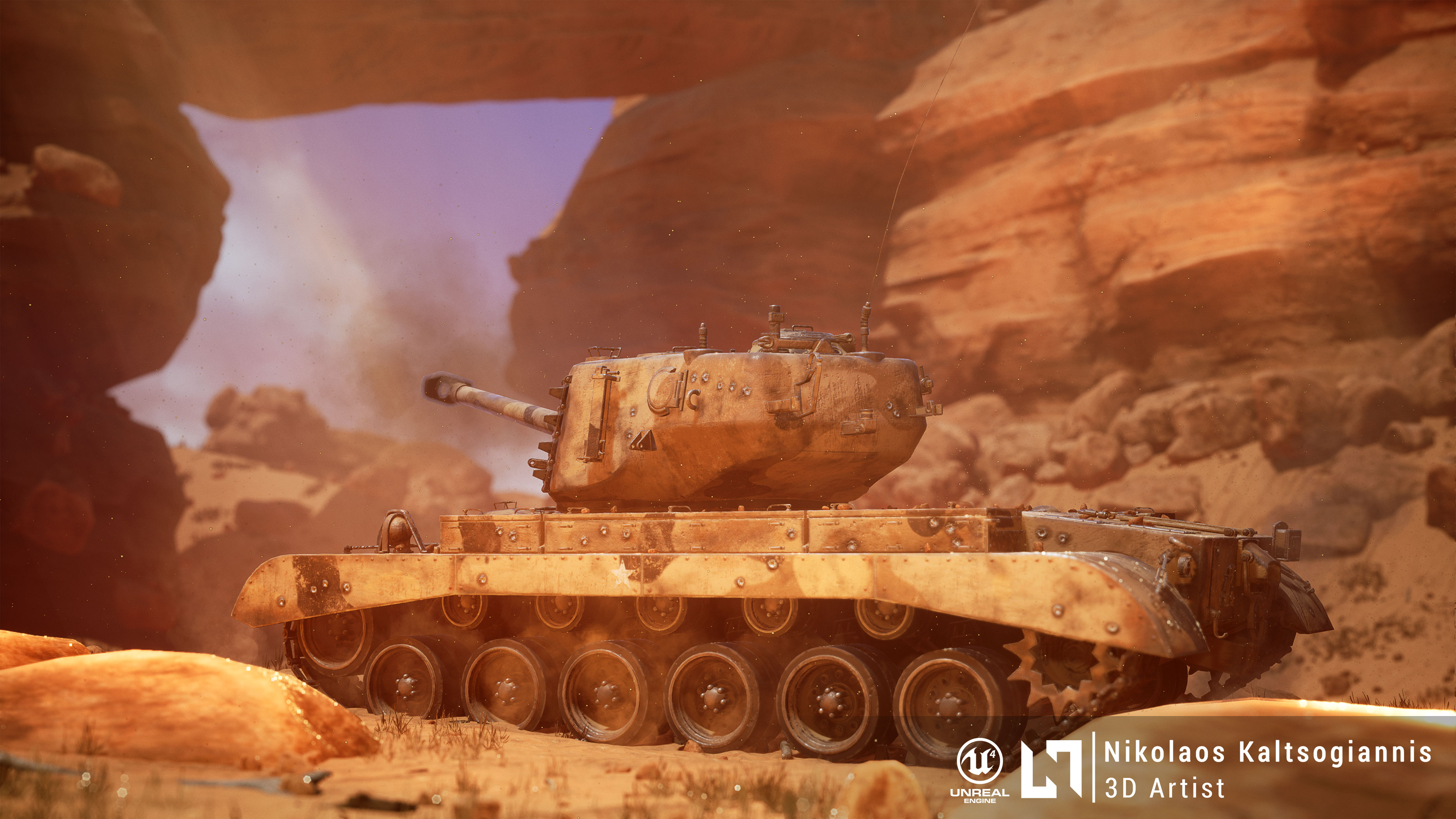 For the hard surface, I used mostly Maya and in some cases ZBrush to create the high poly and Maya for the low poly and the uvs. I used Marmoset for baking. The tank was built with flexibility in mind. I wanted to be able to pose the tank in real time inside the engine and be able to make fast iterations of the composition.

For the texturing, I used substance Substance Designer to create a custom yet generic steel material for practice purposes. Later I used Substance Painter where I created a custom smart material with reusability and flexibility in mind.

I made sure to combine the right meshes, and into the engine I created a Blueprint character where I was able to pose the tank as I saw fit. 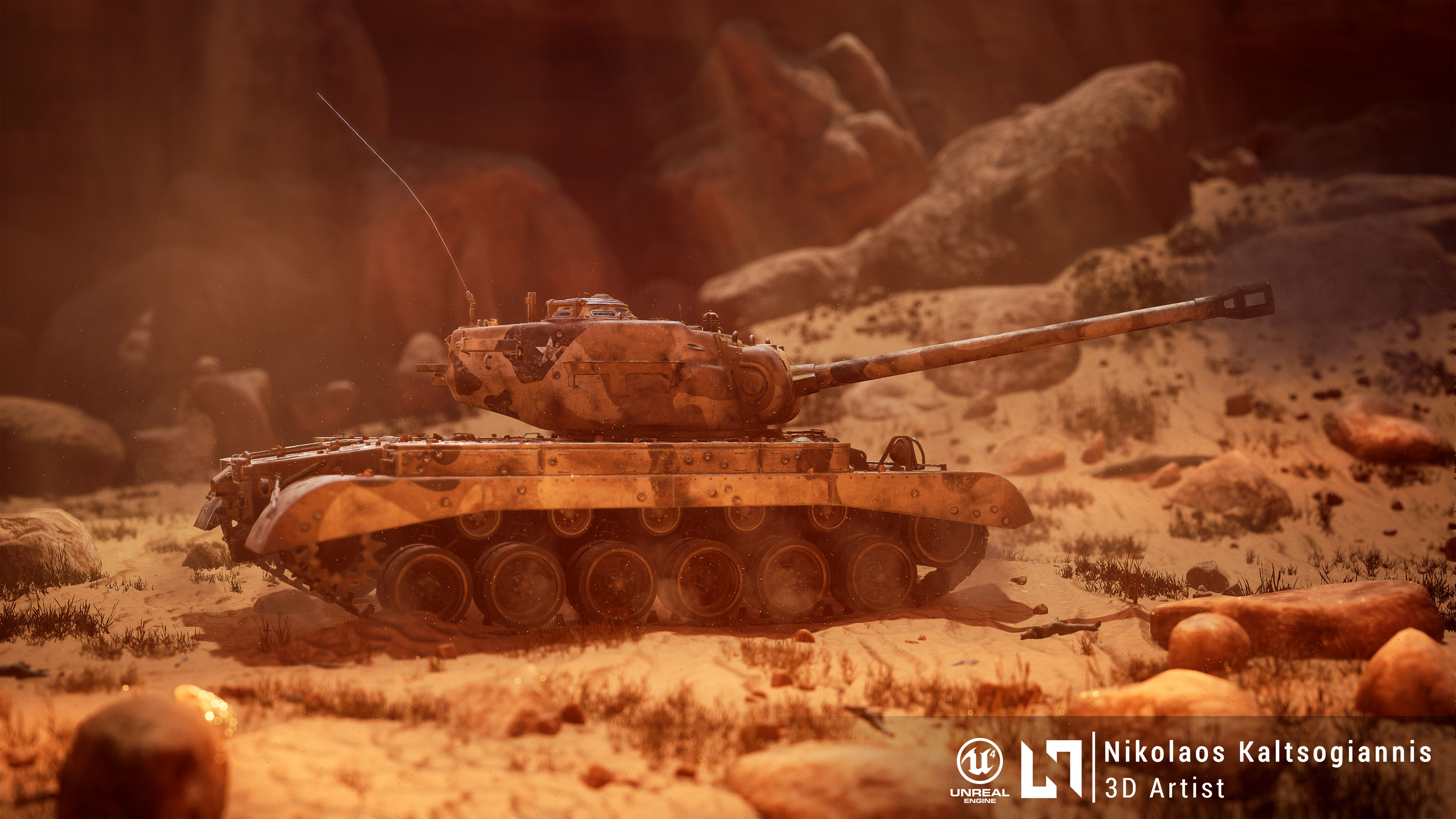 I used substance designer to create the base steel material for the tank as well as to create the procedural sand material. Later I used a multiswitch to generate the 3 different sand variations

Inside the engine, I created 3 master materials with a lot of parameters for more control and speed. I made one landscape material with 3 material layers ( functions ) for variation which later painted them on the landscape and one master material for all the other assets except vegetation where I used a third master material. 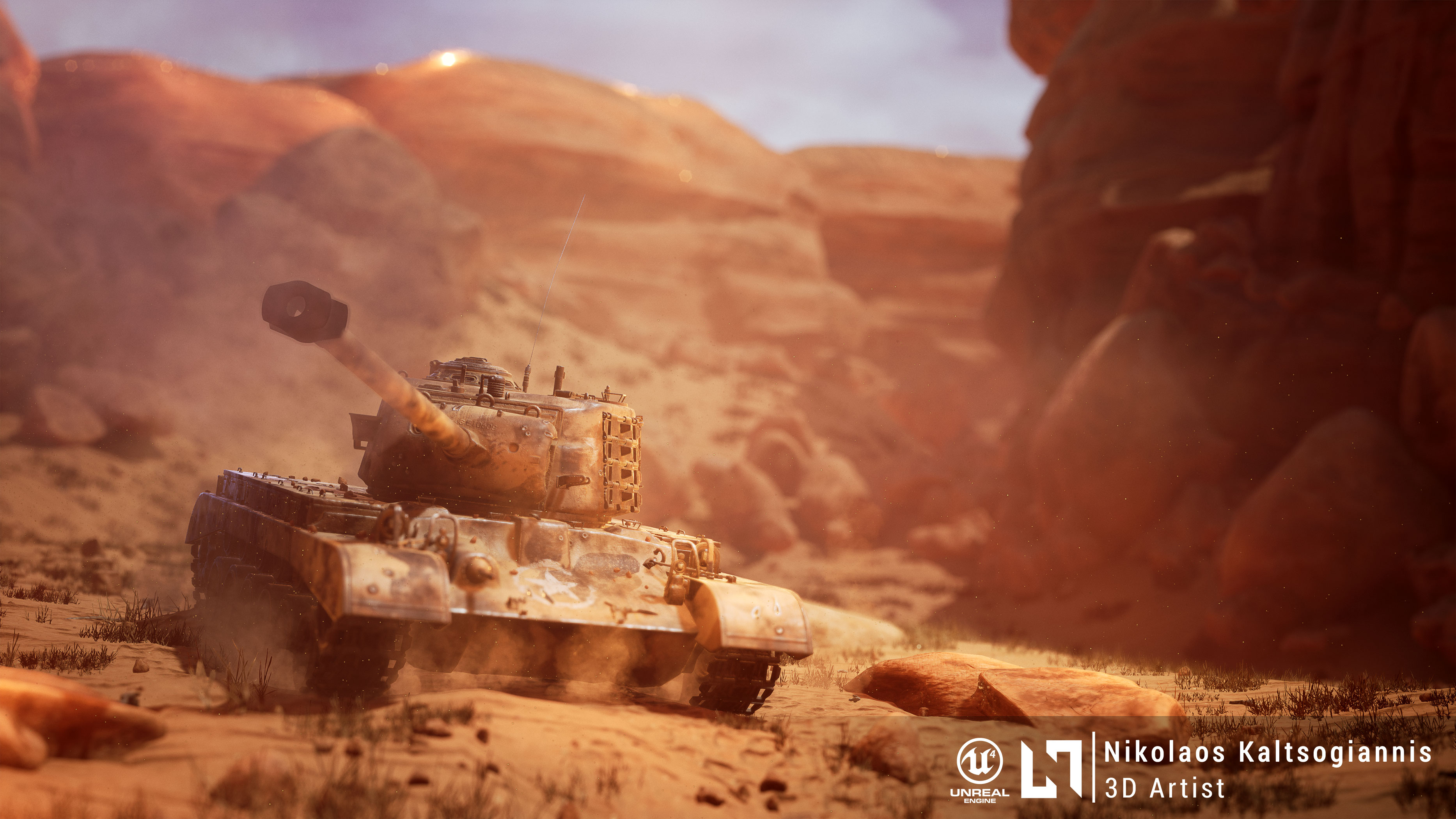 For the rocks and cliffs, I used ZBrush to manually sculpt them. I didn't want to use any alphas just for practising purposes. Later I used Houdini to create a custom pipeline where I plug in my high polys, they run through the pipeline and I get a low poly, Uved and all the baked maps I need for texturing.

I used Substance painter to texture them by using smaller surface noise and gradients for the colour. When the meshes were into UE4, I made a master material with a lot of parameters, detail maps.

For the vegetation, I don't have to say much since I created only 3 different variations of grass and a couple of small dead branches. I used the good old photoshop and textures.com to them. Later inside the Unreal Engine, I created a master material for the vegetation with wind and colour variation with exposed parameters to be able to adjust accordingly.

I wanted to give more life to my scene with the help of particles. For the dust particle, not much to say since it was pretty easy to do. For the fake God Rays, I used some custom meshes and a custom material to make it happen. About the smoke, I have to admit that I cheated a bit. I used paragon's smoke particle which I later changed for my needs. 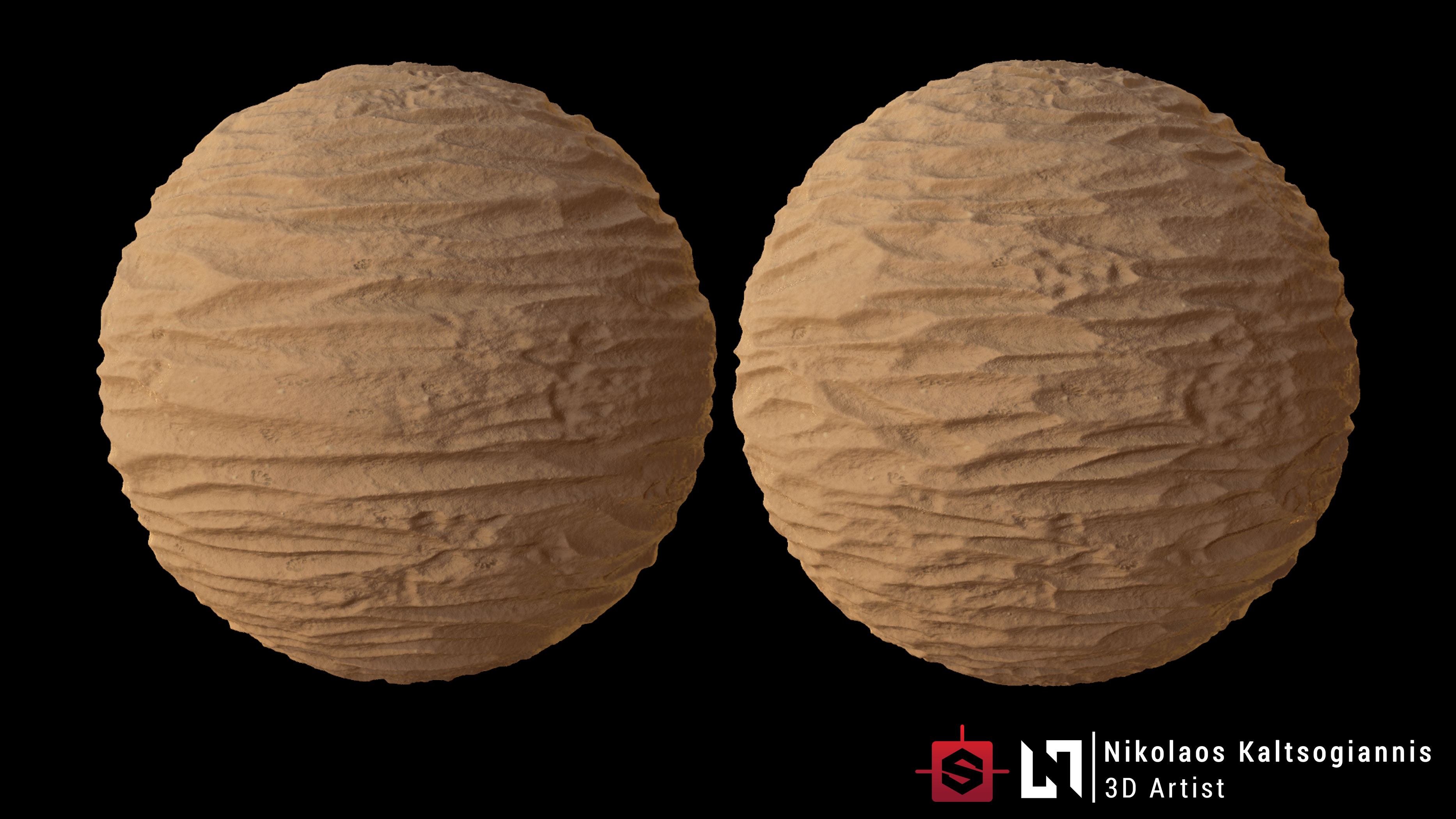 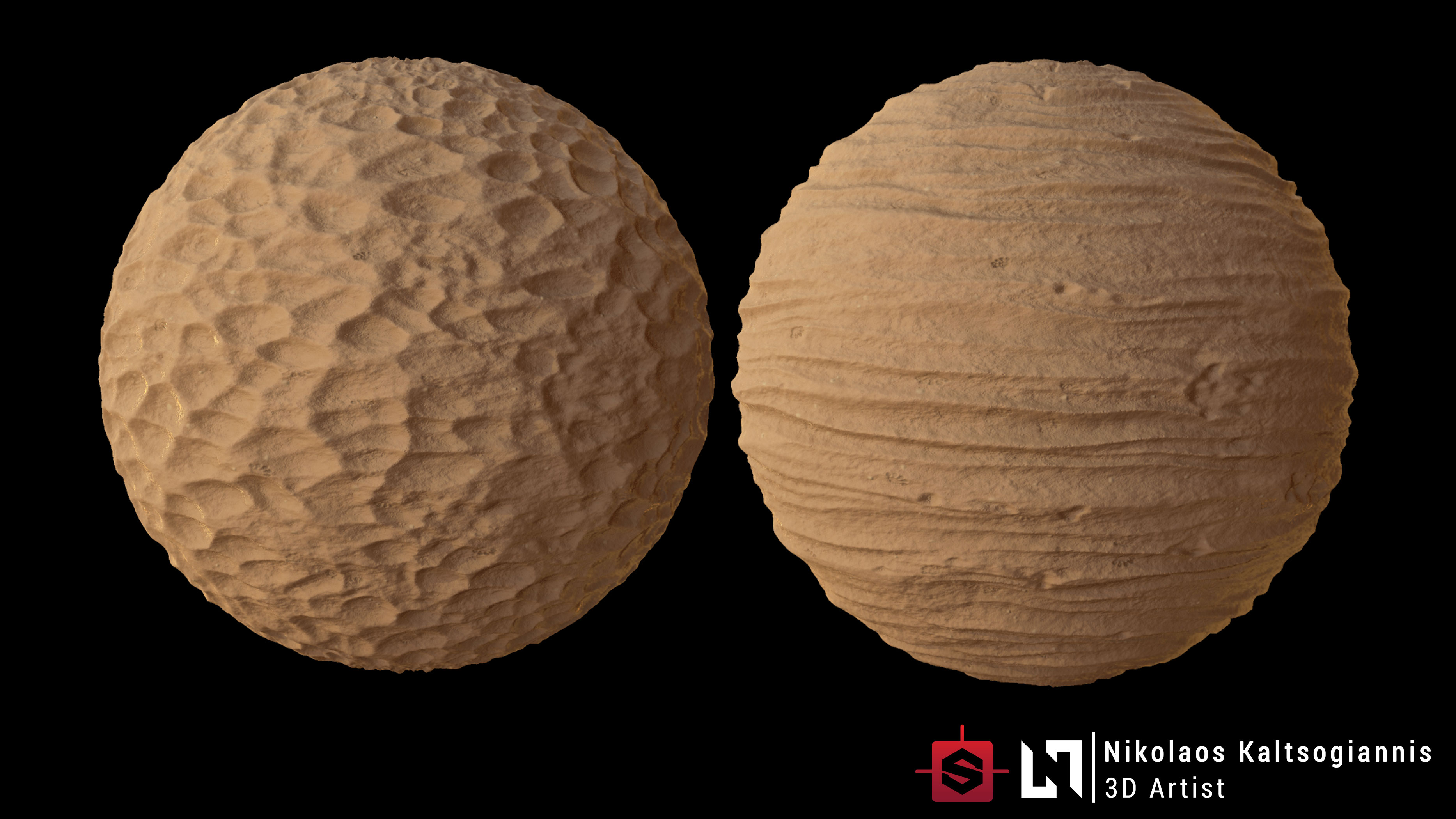 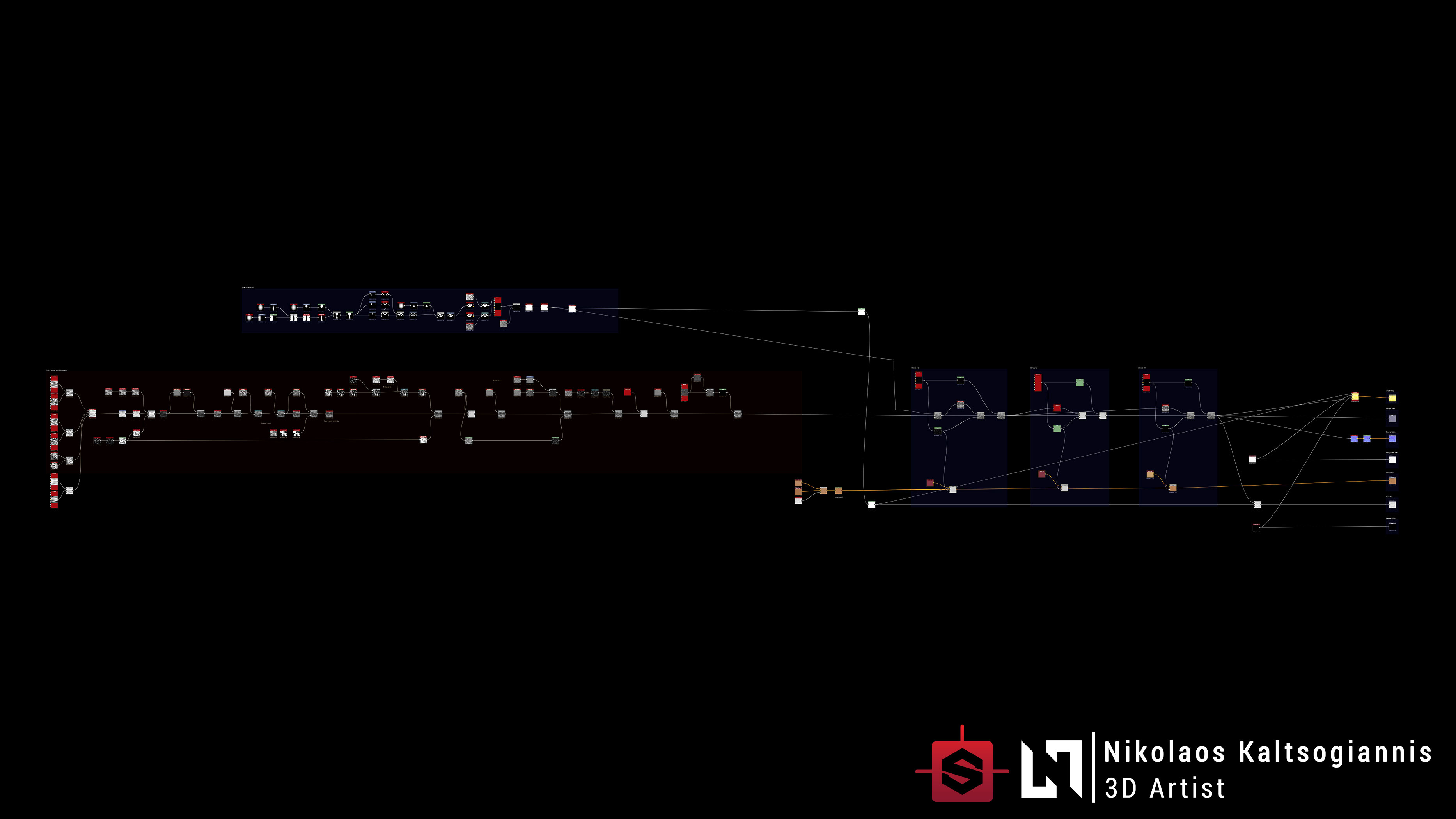